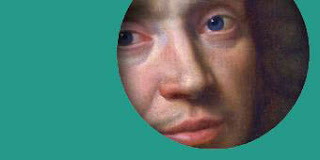 The Royal Lyceum Theatre Edinburgh presents the World Premiere of Liz Lochead’s Thon Man Molière or Whit Got Him Intae Aw That Bother...


This tragi-comedy, set in the 17th century imagined world of famous French comic playwright and actor, Jean-Baptiste Poquelin de Moliere, is a brand new original play about the great theatrical comedian, his scandalous marriage, his scurrilous plays and the irresistible creation of his infamous and celebrated satire Tartuffe.

Welcome to Paris at the time of Louis XIV. Come backstage and meet the King’s theatre company - a troupe of grande dames, old hams, ingénues and of course, their leading man. Right at the centre, author of their dramas and cause of all their troubles – Thon Man Molière. In constant threat of debtor’s prison, in big bother with church and state and - worst of all - disastrously in love with the wrong wife, Jean-Baptiste Poquelin de Molière writes brilliant comedies inspired by a desperate life. But telling the truth is a dangerous business and getting his latest drama on stage could be the death of him!

The play features a strong array of acting talent including well known Scottish stage and screen actors, Siobhan Redmond and Jimmy Chisholm. Both Siobhan and Jimmy have longstanding working relationships with Liz Lochhead and the play’s director, Tony Cownie and have performed at The Lyceum throughout their careers.

Siobhan is a much loved Scottish actor after starring in popular Scottish TV comedies (such as Forbes Masson and Alan Cumming’s The High Life. 1994-95). She has had an illustrious career both on stage and screen and is currently an Associate Artist with the Royal Shakespeare Company. Siobhan last performed at The Lyceum as Lady Macbeth in David Greig’s sequel to Macbeth, Dunsinane (2011). Other recent theatre credits include Doctor Faustus (2013) with Citizens Theatre and the Chinese, Russian (2014) and USA tours of Dunsinane (National Theatre of Scotland and Royal Shakespeare Company, 2015).

Jimmy has appeared in numerous famous films such as Mel Gibson’s Braveheart (1995), Ken Loach’s The Angels' Share (2012) and Mrs Brown (1997) alongside Dame Judi Dench and Billy Connolly. He most recently appeared in the lead role of BBC One’s new sitcom Mountain Goats (2015). Other popular TV credits over the years include Taggart; Rab C Nesbitt and Take The High Road and recent theatre credits include Gypsy (Chichester Festival Theatre,2014); Uncle Varick (Rapture Theatre Company, 2014) and An Appointment with the Wicker Man (National Theatre of Scotland, 2012).

Multi award-winning Scottish poet and playwright Liz Lochhead has had a lifelong love for the work of Molière. She has adapted three of his masterpieces into Scots which have all been presented at The Lyceum, Educating Agnes/L'ecole des Femmes (2011); Miseryguts/The Misanthrope (2002) and Tartuffe (1986). Other acclaimed theatre credits include Perfect Days (2000) and Mary Queen of Scots got her Head Chopped Off (1987). She has also written celebrated Scots versions of Greek classics Medea, Oedipus and Antigone. Liz was appointed Scots Makar (National Poet for Scotland) from 2011 until 2016.

Currently celebrating its 50th Anniversary year, the Royal Lyceum Theatre Company is a crucible of Scottish talent and the best of world theatre with a strong reputation for developing Scotland’s considerable indigenous artists while presenting the best of international drama.

Liz said of the new production, “I am absolutely delighted that, exactly thirty years after The Lyceum first put on my very Scottish version of Molière’s great French comedy in rhyming couplets, Tartuffe, my new play all about its author and his monstrous and irresistible creation, which really landed him in it, will premiere as part of this theatre's 50th Anniversary Season. Coming home…”

Director Tony Cownie added, “It’s great to be directing the final show of the 50th Anniversary Season with two of my favourite writers, Liz Lochhead and Jean-Baptiste Poquelin de Moliere, and with such a terrific cast. It’s going to be a real laugh to make and a lot of fun on stage!”

Tony is an established Scottish actor and director who has previously directed Liz Lochhead’s Mary Queen of Scots Got Her Head Chopped Off (2011) and Educating Agnes (2011). Other recent credits at The Lyceum include The Venetian Twins (2015), Long Day's Journey Into Night (2014) and A Taste of Honey (2013).Tony is currently an Associate Artist at The Lyceum (since 2007) and was an Associate Artist under Kenny Ireland’s tenure (2000-2003).

Designer Neil Murray and Lighting Designer Chris Davey complete the creative team. Both have recently worked with Tony on The Venetian Twins (2015). Neil also worked with Tony and Liz on Mary Queen of Scots Got her Head Chopped Off (2011).

Thon Man Moliere is on at Royal Lyceum Theatre Edinburgh, from 20th May to 11th June. More information and book tickets from the theatre website: lyceum.org.uk