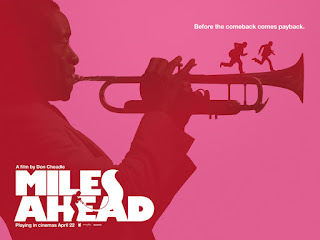 Icon Film Distribution are offering Record Store Day UK customers the exclusive opportunity to see Miles Ahead for free, in advance of its cinema release...

Miles Ahead is the impressionistic feature film portrait of Miles Davis, the musical genius and ultimate iconoclast who embodied the spirit of independence. A perfect accompaniment to Record Store day, the annual celebration of independent record shops and their unique culture.

“Offering customers’ exclusive access to films before cinema release is a first for Record Store Day and something we are very excited to be involved in”, says Rupert Morrison of Drift Records, RSD’s spokesperson. “Record Store Day celebrations aim to unite those through their love of music and partnering with Icon Films for the Miles Ahead movie does exactly that. Given the musical icon that Miles Davis is, this is the perfect partnership.” 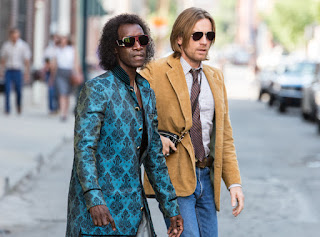 Miles Ahead, written, directed by and starring Don Cheadle as Miles Davis alongside Ewan McGregor and Emayatzy Corinealdi.

All Rolling Stone reporter Dave Braden (Ewan McGregor) wants is an exclusive interview with the jazz legend himself, Miles Davis (Don Cheadle). What he gets instead is a wild and dangerous ride-along with a recording artist living at his edge, rife with shootouts, car-chases, and a tale of lost love to the singer Frances (Emayatzy Corinealdi).

Inspired by events in Miles Davis's life, Academy Award® Nominee Don Cheadle boldly brings his vision, both in-front-of and behind-the-camera in Miles Ahead, his directorial debut. A wildly entertaining, impressionistic, no-holds-barred portrait of one of twentieth-century music’s creative geniuses.

Miles Ahead is released in UK cinemas on April 22nd by Icon Film Distribution. 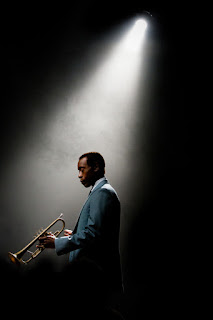 Record Store Day is the one day of the year when over 200 independent record shops all across the UK come together to celebrate their unique culture. Special vinyl releases are made exclusively for the day and many shops and cities host artist performances and events to mark the occasion. Thousands more shops celebrate the day around the globe in what’s become one of the biggest annual events on the music calendar. The first Record Store Day was officially kicked off by Metallica in San Francisco in 2008 and is now held every third Saturday in April.

Participating shops for Miles Ahead: