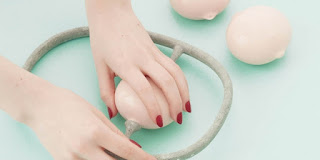 Real to Reel: The Craft Film Festival announces its line-up...

The festival, which is part of London Craft Week, includes a Manga-inspired animation, Star Wars shadows puppetry, a humorous take on the artisanal food movement and a huge variety of documentaries.

Following an open call, 36 films have been selected from well over 300 submissions and, as diverse as the films are, each looks at our relationship with materials and making in different ways.

Annie Warburton, the Creative Director on the Crafts Council who launched the festival in association with Craft Magazine, said “We’ve put together two evenings of film that offer an intriguing, entertaining mix of genres and styles, from experimental animation to documentary. The resurgence of interest in craft has resulted in a host of beautiful and interesting new films on the topic. Appealing to craft enthusiasts and the wider public alike, this is a rare chance to view them of the big screen.”

Highlights include award winning director Liam Saint-Pierre’s documentary following artist and inventor Dominic Wilcox on his quest to transform the mundane into something extraordinary and Lionel T Dean’s tribute to 1950’s Japanese science fiction T-Rex versus The Gorilla: Quest for the Stone. The festival also features the UK premiere of Gill & Gill, which looks at humanity’s relationship with stone through the stories of two masters; rock climber John Gill and letter cutter Eric Gill.


Real to Reel: The Craft Film Festival is the first UK film festival dedicated to craft and making and takes place on the evenings of 4th and 5th May at Picturehouse Central in London's West End, with a carefully curated programme of different films shown each night.