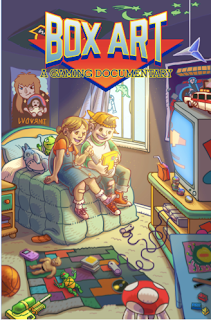 Wait a minute? If this is a gaming documentary, it should be on /Garbage-file, shouldn't it? Well, no, because this time it's not about the games, it's about the boxes...

Director Rob McCallum, who brought you Nintendo Quest, has launched a Kickstarter campaign for his next documentary, Box Art: A Gaming Documentary, to discover the real story behind the world of video game artwork. With over 100 potential interviewees made up of key illustrators and game developers, the campaign could become a five-disc set that sees separate discs for interviews and extended segments and also have the material transition from feature-length film to docu-series.

Before game trailers and the Internet age, even before magazines, our first contact with video games was the cover art on the front of the box. The image “sold” the game with the promise of an experience – but McCallum thinks there’s more to it. Together with his experienced and passionate team, he aims to explore cover art in every era of gaming as well as discover the unsung artists. They will ask big questions like “when does something become art?” and “When does it become collectible?”, and, learn how box art and the process of creating box art has changed since the Atari days. They also plan to delve into related topics, including strategy guides, gaming magazines, game manuals, and instruction guides for both PC and home consoles. 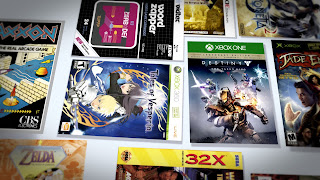 With over 100 people on board from all aspects of the industry, including founder of mega giant Electronic Arts (EA) Trip Hawkins, founder of Electronic Gaming Monthly (EGM), Jeff Peters, Gerald Brom of “Doom” fame, actress and personality, Jessica Chobot, and Atari co-founder, Ted Dabney, “Box Art: A Documentary” will have a truly diverse roster that can comment from all angles, making this project much more than a love-letter to game illustrations.

Rob McCallum says: “No one has told the story of the people who’ve created some of the most iconic images in video game history - but that’s about to change. I’m excited to learn everything about box art from the people responsible. You can only research a subject so much before you start going in circles but hearing the history from those responsible will be an experience you can't replicate reading or by searching on Google. We have stretch goals that give us a lot of freedom to restructure the material and I hope we hit that level so we can share as much of this experience as possible.”

Aside from McCallum, “Box Art: A Gaming Documentary” will be produced by Patrick Scott Patterson, Director of Museum of the Video Game Art (MOVA), Tim Lapetino, and Sara Ventura. The supervising sound editor is John H. McCarthy and the motion graphics artist is Xavier Van Den Nouwland.

Find out more and support the Kickstarter here.