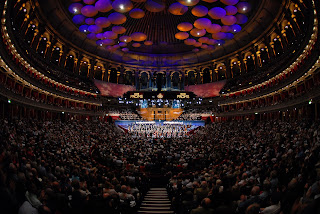 The BBC Proms has announced the programme for its 122nd season featuring more than 90 concerts over eight weeks, including four Last Night celebrations around the UK...

New Proms Director David Pickard introduces an innovative series Proms At that explores spaces outside the Royal Albert Hall and Cadogan Hall. The series matches music to four venues across London with Shakespeare-inspired works by Purcell at the Sam Wanamaker Playhouse at Shakespeare’s Globe in Southwark, Rossini’s Petite messe solennelle at The Chapel, Old Royal Naval College in Greenwich, the music of Steve Reich at the Bold Tendencies multi-storey car park in Peckham, and the return of the Proms to the Roundhouse in Camden with new work by British composer David Sawer.

The cello is put under the spotlight this summer with 10 concertos ranging from Elgar’s Cello Concerto performed by Sol Gabetta on the First Night to the world premiere of Huw Watkins’ Cello Concerto written for and performed by his brother, Paul Watkins. Four-hundred years since the death of Shakespeare, the Proms marks the anniversary with a broad survey of music inspired by the Bard, from Prokofiev’s Romeo and Juliet to Hans Abrahamsen’s 'let me tell you' and extracts from Kiss Me, Kate.

In the year in which the Olympics are staged in Brazil, the Proms celebrates the music and musicians of Latin America with performances from the São Paulo and Simón Bolívar Symphony Orchestras, pianists Martha Argerich and Gabriela Montero, conductors Daniel Barenboim and Gustavo Dudamel, cellist Sol Gabetta, and Peruvian tenor Juan Diego Flórez, who appears at the Last Night of the Proms. The music of Villa-Lobos and Ginastera, who would have been 100 this year, also feature. A special Late Night Prom from the string players of the São Paulo Symphony Orchestra and members of the São Paulo Jazz Symphony Orchestra promise to get everyone into the carnival spirit as they celebrate a century of Brazilian popular music.

A vital part of the Proms mission remains, bringing classical music to new audiences; youth music-making and youth audiences are a major focus this year. The hugely popular CBeebies Proms return, and there will be two Proms devoted to BBC Music’s Ten Pieces II, part of a ground-breaking nationwide initiative for schools designed to open up the world of classical music to primary and secondary school children. As part of a series of weekend matinee concerts aimed at family audiences, presenter Tom Service and conductor Nicholas Collon introduce and unpick Mozart’s Jupiter Symphony, played from memory by the Aurora Orchestra. With young musicians firmly at the centre of the festival, the world’s most famous classical concert, the Last Night of the Proms, opens with a BBC commission for former BBC Proms Inspire Young Composers’ Competition winner Tom Harrold. The Proms Youth Ensemble also performs at the Last Night, side by side with the BBC Symphony Orchestra, and 16 young singers take to the stage for Vaughan Williams’ Serenade to Music.

The season celebrates some of the world’s most eminent living composers, including Steve Reich, Magnus Lindberg and Jörg Widmann as well as celebrating the birthdays of three leading British composers, Anthony Payne at 80, Colin Matthews at 70 and Sally Beamish at 60. The Proms remains firmly committed to new music with 30 premieres, including 13 world premieres. The anniversaries of Satie and Dutilleux are also marked across the season. 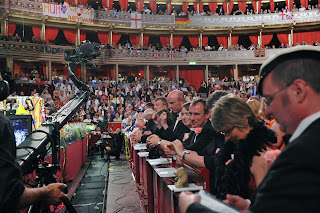 From gospel to Gershwin, the season presents a broad-ranging programme of music. Katie Derham presents the first ever Strictly Prom with the help of professional dancers from the BBC Television series; musical giant Quincy Jones is joined by Jules Buckley and the Metropole Orkest to celebrate his extraordinary career; and John Wilson and his eponymous orchestra return to the Proms to mark the 120th anniversary of Ira Gershwin’s birth. A selection of handpicked singers from leading gospel groups come together for a Late Night Prom, and Jamie Cullum returns to the Proms with the Heritage Orchestra and special guests including emerging talent from BBC Music Introducing. In the year that we lost two musical pioneers, the Proms also pays tribute to Pierre Boulez and David Bowie in two Late Night concerts.

Star soloists taking to the stage include Martha Argerich, Juan Diego Flórez, Barbara Hannigan, Stephen Hough, Steven Isserlis, Sir András Schiff, Stuart Skelton, Bryn Terfel and Alisa Weilerstein. A platform is also given to the brightest young stars of the musical world with 132 artists and ensembles making their debut at the festival this year and no fewer than 15 current or former members of BBC Radio 3’s New Generation Artists scheme performing at the festival. Many of the world’s finest orchestras and conductors also make a welcome return to the Royal Albert Hall stage, including the Berlin Philharmonic with Sir Simon Rattle, Budapest Festival Orchestra with Iván Fischer, Leipzig Gewandhaus Orchestra with Herbert Blomstedt, Berlin Staatskapelle and West-Eastern Divan Orchestra with Daniel Barenboim, and Dresden Staatskapelle with Christian Thielemann in his first performance at the Proms.

Chief Conductor of the BBC Symphony Orchestra, Sakari Oramo, opens and closes the festival, and in the 50th anniversary year of his first appearance at the Proms, Bernard Haitink conducts Mahler’s Symphony No. 3 with the London Symphony Orchestra in what will be his 88th Prom. Lithuanian conductor Mirga Gražinytė-Tyla makes her Proms debut, her first London appearance with the City of Birmingham Symphony Orchestra before she becomes the orchestra’s Music Director in September.

In addition to the six BBC Performing Groups, who are once again central to the festival with a total of 32 performances across the season, the rich wealth of the UK orchestral landscape is on show, including performances from the Orchestra of the Age of Enlightenment, City of Birmingham Symphony Orchestra, Hallé, London Philharmonic and London Symphony Orchestras, Philharmonia, Royal Liverpool Philharmonic Orchestra, Ulster Orchestra and many of the UK’s chamber orchestras and ensembles.

In the spirit of its founding vision to make the best music available to the widest audience, every Prom is broadcast live on BBC Radio 3, and in 2016, BBC Radio 2 and Radio 6 Music each broadcast multiple Proms. Audiences will be able to watch the Proms on BBC One, BBC Two, BBC Four, CBBC, CBeebies and BBC iPlayer. Proms Extra, the Saturday-evening magazine show, returns to BBC Two for its fourth season.

David Pickard, Director of the BBC Proms, said "I am hugely proud to be presenting my first season as Director of the BBC Proms. I cannot think of another festival anywhere in the world which offers such an extraordinary range of music performed by the world's leading orchestras, conductors and soloists. The BBC's ongoing support not only allows the Proms to reach millions through broadcasting, it also ensures that those attending concerts can hear the very finest performances at an astonishingly low cost. I look forward to continuing the founding vision of the Proms - to bring the best of classical music to the widest possible audience."

Alan Davey, Controller of BBC Radio 3, added "The Proms is a key part of the Radio 3 family’s mission to connect people with remarkable music and culture. By broadcasting every prom in superb sound, and by offering extensive contextual talks and discussions, we bring this already democratic music festival to the reach of everyone. This year is no exception, and with extensive coverage on TV, online and other radio networks, this is going to be another glorious summer of music."

For full details of the season please visit: bbc.co.uk/proms