News - Under A Banner sign to Bad Elephant Music 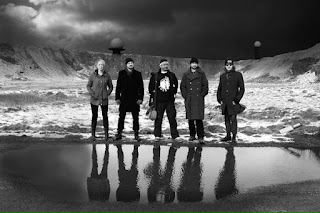 Friends of AlbieMedia Arts & Music, Under a Banner, are now A SIGNED BAND...

You know we love Under A Banner and have had close connections with the band for a while now as well as reviewing their latest EP Victory Time, so this news has excited us greatly here at AlbieMedia.

Bad Elephant Music is delighted to announce the latest addition to their line-up, Wolverhampton-based folk-rock outfit Under a Banner.

The 2012 release of Under a Banner’s first album, The Ragged Rhythm of Rain, set the tone for over four years of diverse tunes – sometimes heavy, sometimes lighter, always made and performed with passion and fire. Incorporating elements of everything from classic metal to 70s prog, they nonetheless retain an impressive degree of musical cohesion, and their various stylistic shifts through three further releases have done nothing to detract from it.


Adam Broadhurst, the band’s frontman and lyricist, says: “We're unreservedly thrilled to have signed to BEM. The band truly feels that now is the time to build on our independent successes and bring our music, both live and recorded, to a much wider audience. We look forward to working with BEM to achieve this aim.”

David Elliott of BEM adds: “It’s not easy to make music that draws equally on Tool and New Model Army and still sounds coherent, but Under a Banner manages it, and it’s a rare gem. I’m looking forward to seeing what direction they take with future releases – and I know it’ll be worth the wait.”

We're very proud of our friends' success, wish them well and all the luck in the world and will have news of Under A Banner's forthcoming new album as soon as it's available. We have contacts after all...