News - Paul Strand: Photography and Film for the 20th Century 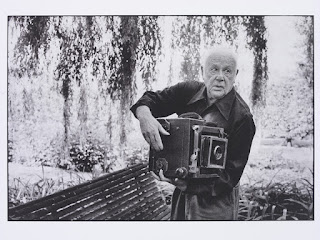 Supported by the American Friends of the V&A, and for the first time in the UK in 40 years a major retrospective on the American photographer Paul Strand (1890-1976) is currently on at the V&A...

The exhibition is the first of its kind since Strand’s death in 1976 and shows how the pioneering photographer defined the way fine art and documentary photography is understood and practised today.

Part of a tour organised by Philadelphia Museum of Art, in collaboration with Fundación MAPFRE and made possible by the Terra Foundation for American Art, the V&A exhibition reveals Strand’s trailblazing experiments with abstract photography, screens what is widely thought of as the first avant-garde film and shows the full extent of his photographs made on his global travels beginning in New York in 1910 and ending in France in 1976. Newly acquired photographs from Strand’s only UK project – a 1954 study of the island of South Uist in the Scottish Hebrides – are also on show, alongside other works from the V&A’s own collection.

Paul Strand: Photography and Film for the 20th Century encompasses over 200 objects from exquisite vintage photographic prints to films, books, notebooks, sketches and Strand’s own cameras to trace his career over sixty years. Arranged both chronologically and thematically, the exhibition broadens understanding of Strand as an international photographer and filmmaker with work spanning myriad geographic regions and social and political issues.

Martin Barnes, curator of the exhibition said: “The V&A was one of a handful of UK institutions to collect Paul Strand’s work during his lifetime and the Museum now houses the most extensive collection of his prints in the UK. Through important additional loans, the exhibition explores the life and career of Strand, but also challenges the popular perception of Strand as primarily a photographer of American places and people of the early 20th century.” 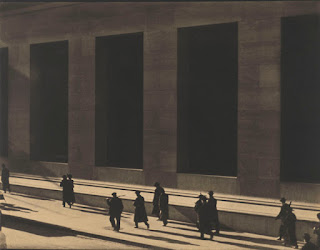 The exhibition begins in Strand’s native New York in the 1910s, exploring his early works of its financial district, railyards, wharves and factories. During this time he broke with the soft-focus and Impressionist-inspired ‘Pictorialist’ style of photography to produce among the first abstract pictures made with a camera. The influence of photographic contemporaries Alfred Stieglitz and Alvin Langdon Coburn as well European modern artists such as Braque and Picasso can be seen in Strand’s experiments in this period. On display are early masterpieces such as Wall Street which depicts the anonymity of individuals on their way to work set against the towering architectural geometry and implied economic forces of the modern city. Strand’s early experiments in abstraction, Abstraction, Porch Shadows and White Fence are also shown, alongside candid and anonymous street portraits, such as Blind Woman, made secretly using a camera with a decoy lens. 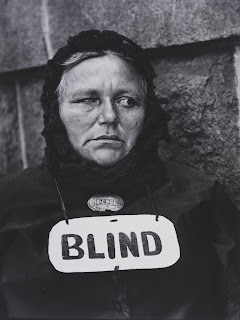 The exhibition explores Strand’s experiments with the moving image with the film Manhatta (1920 - 21). A collaboration with the painter and photographer Charles Sheeler, Manhatta was hailed as the first avant-garde film, and traces a day in the life of New York from sunrise to sunset punctuated by lines of Walt Whitman’s poetry. Strand’s embrace of the machine and human form is a key focus of the exhibition. In 1922, he bought an Akeley movie camera. The close-up studies he made of both his first wife Rebecca Salsbury and the Akeley during this time are shown alongside the camera itself. Extracts of Strand’s later, more politicised films, such as Redes (The Wave), made in cooperation with the Mexican government are featured, as well as the scarcely-shown documentary Native Land, a controversial film exposing the violations of America’s workforce.

Strand travelled extensively and the exhibition emphasises his international output from the 1930s to the late 1960s, during which time he collaborated with leading writers to publish a series of photobooks. As Strand’s career progressed, his work became increasingly politicised and focused on a type of social documentary alongside the desire to depict a shared humanity. The exhibition features Strand’s first photobook Time in New England (1950), alongside others including a homage to his adopted home France and his photographic hero Eugène Atget, La France de profil, which he made in collaboration with the French poet, Claude Roy. One of Strand’s most celebrated images, The Family, Luzzara, (The Lusetti’s) was taken in a modest agricultural village in Italy’s Po River valley for the photobook Un Paese, for which he collaborated with the Neo-Realist screen writer, Cesare Zavattini. On display, this hauntingly direct photograph depicts a strong matriarch flanked by her brood of five sons, all living with the aftermath of the Second World War.

From the late 1950s to the mid-1960s, Strand photographed in Egypt, Morocco and Ghana, all of which had gone through transformative political change. The exhibition shows Strand’s most compelling pictures from this period, including his tender portraits, complemented by street pictures showing public meetings and outdoor markets. The exhibition concludes with Strand’s final photographic series exploring his home and garden in Orgeval, France, where he lived with his third wife Hazel until his death in 1976. The images are an intimate counterpoint to Strand’s previous projects and offer a rare glimpse into his own domestic happiness.

About the American Friends of the V&A

The American Friends of the V&A was incorporated in 1984 and has traditionally supported London’s Victoria and Albert Museum. The AFV&A works to strengthen the Museum’s international presence and encourage the American public to engage with this leading cultural institution. The AFV&A are delighted to be supporting Paul Strand: Photography and Film for the 20th Century. www.afvam.org

Admission £9 (concessions available). V&A Members go free. Advance booking is advised – this can be done in person at the V&A; online at vam.ac.uk/paulstrand; or by calling 0800 912 6961 (booking fee applies)