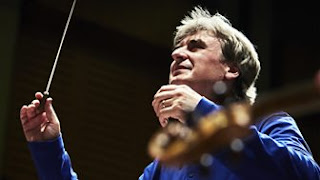 As part of the BBC Scottish Symphony Orchestra’s new season, a raft of BBC Radio 3 new commissions inspired by Scotland have been revealed...

Taking up his new role as BBC SSO Chief Conductor, Thomas Dausgaard signalled his commitment both to contemporary music and Scottish culture by devising and launching Scottish Inspirations, a series of new commissions which will showcase the work and ideas of composers energised by Scotland and Scottish identity.

The season includes an edition of BBC Radio 3’s Hear And Now which will include works by composers Helen Grime, Sally Beamish and Jay Capperauld. The works are rooted in Scottish connections, with Grime’s piece taking inspiration from two pictures by Scottish artist Joan Eardley, and Glasgow composer Capperauld’s piece named Fèin-Aithne meaning self-identity in Gaelic. Later in the season, there is a new work from Edmund Finnis, taking its name from a line in a poem by Scottish poet Robin Robertson.

As well as conducting these new works, Dausgaard will launch the season with Bruckner’s Ninth Symphony, marking the first time the work will have been performed in Glasgow, in a recently completed version.

One the most significant concerts in classical music history will be recreated by Dausgaard in Glasgow - Beethoven’s famous 1808 Academy Concert. The three-part, three-hour marathon concert is acclaimed as a defining moment both in Beethoven’s career and in musical history.

Of his new appointment, Thomas Dausgaard said, “I am extremely excited at the prospect of beginning my first season as Chief Conductor with such a wonderful orchestra and a wonderful range of programmes, paying tribute to some of the greatest classical music ever written and also taking fresh inspiration from Scotland – and sharing all of this with the BBC SSO’s wonderful audiences.”

Supporting the next generation of composers and musicians is something very close to Dausgaard’s heart. In a new initiative with The Royal Conservatoire of Scotland, he and the BBC SSO will invite students to perform solo and chamber music throughout the season, including as part of the 1808 Academy Concert.

A number of outstanding guest artists will also appear with the BBC SSO over the course of the season, including tenor Ian Bostridge and soprano Measha Brueggergosman, pianists Jean-Efflam Bavouzet and Jan Lisiecki, and cellists Steven Isserlis and Johannes Moser. For its Afternoon Performance series, a number of BBC Radio 3 New Generation Artists join the orchestra, including clarinettist Annelien Van Wauwe.

Martyn Brabbins returns to conduct a rare concert-staging of Sir Harrison Birtwistle’s The Last Supper, which was performed at Glyndebourne 15 years ago. This is the first time the work will have been performed in Scotland. He will also embark on a complete cycle of Tippett’s symphonies, to be performed over two seasons.


All concerts are currently scheduled to be broadcast live or recorded for future broadcast on BBC Radio 3.

Find out more about: