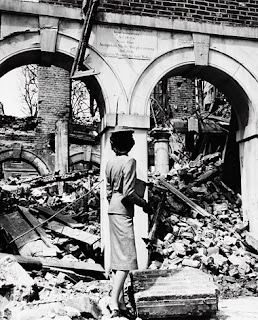 Tony Cross strikes a pose and visits the photography exhibition Vogue 100 : A Century of Style at the National Portrait Gallery...

I’ll admit to travelling to this exhibition assuming I’d be looking at lots of tedious pictures of models in clothes I couldn’t afford to buy even if I wanted to but actually there’s a lot more to it than that. Indeed, if you were to walk around this exhibition and then take a toddle around the Taylor Wessing Photographic Award Exhibition, also at the National Portrait Gallery, you’d realise that they had a lot in common.

Now whether this is because Vogue has, over the century, influenced portrait photography or that the art of portrait photography has influenced Vogue is moot. It is impossible though to deny that Vogue has benefited from the work of great photographers from Cecil Beaton and David Bailey to Dorothy Wilding and Helmut Newton, whose subjects happen to be fashion and fame. The truth is there are interesting ways to photograph things and boring ways. There’s a vision that isn’t always easy to define except that it is there in front of you.

There’s a magnificent picture of Fred Astaire by Andre de Dienes for example that is all about freezing Astaire’s energy; or the wonderful picture of Dylan Thomas by John Deakin that feels, looking at it now, that he could see the future. There’s Helmut Newton’s glamourous artificiality. There’s the line – it seems to me – from Cecil Beaton to Lord Snowdon.

The exhibition goes in reverse from the present day then drifting back through each decade. Each room is packed with the pictures of a decade. The odd thing isn’t that each decade is different, it is how similar they are in the world of Vogue. There might be a gradual creeping from black and white to colour but there is always space for a moody black and white shot of a celebrity. The clothes might change but the mood stays the same: beautiful people in beautiful clothes in beautiful places. Although occasionally we find a model placed somewhere less glamourous – there’s a lot of this in the Nineties – and the real world nibbles at the edges of Vogue World – see Cecil Beaton’s photograph (above). But mostly Vogue World isn’t the one that most of us live in. It’s the world of David Bowie, Kate Moss and the Beckhams.

That doesn’t depreciate the quality and interest in the exhibition though. There are some magnificent photographs here. I’m not qualified to digress on what makes something art and what doesn’t. There are whole books out there about whether photography is art or undermines it. If an image can be endless repeated how does that affect how we see it? Whatever. I was trying not to digress here and off I go digressing like a politician avoiding an uncomfortable question.

What of the exhibition I hear you cry? It’s certainly more than a puffhibition for Vogue. You could ignore the origins of these photographs entirely and still find much to enjoy. After all, Vogue is just a faceless modern Medici commissioning the great photographers instead of the great artists. I certainly felt that Vogue’s identity doesn’t swamp that of the individual photographers. It simply provides a place to curate them.

That great Renaissance noble in magazine form has now distilled into this exhibition and for me it was worth a visit for Fred Astaire, for Horst’s “Where There’s A Will There’s A Waist”, Dylan Thomas, Ronald Traeger’s picture of Twiggy from 1967, Snowdon’s picture of Peter Sellers and a picture of Boris Johnson by Henry Bourne that I think sums up Johnson in a single image. But what do I know? That’s the question. That’s always the question.

Take a virtual tour of your own thanks to  British Vogue.

VOGUE 100: A CENTURY OF STYLE runs from 11 February – 22 May 2016, National Portrait Gallery, London npg.org.uk/vogue100
Email ThisBlogThis!Share to TwitterShare to Facebook