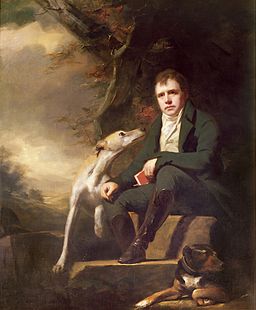 Susan Omand does an about face and looks at portraiture in art...

How fed up are you with seeing people’s selfies on social media? Large heads looming in front of some kind of object, group of people or event as “proof” that they were actually there, to make them the envy of their friends. Or photos of those friends, none of whom you actually know, somewhere that you’ve never been, doing something that you don’t actually care about?

This is not a new thing, it’s just that the advancement of technology has made portraiture available to the hands, and the faces, of everyone. In the past, if you were wealthy enough, you would have commissioned an artist to do a painting. In fact many people still do, although it’s now usually a studio photo of their kids or a painting of their dog rather than a portrait of themselves, as a way to capture a moment in history, memories of far more than just what is pictured. But a portrait, back in the days before image taking and making was widely available to the masses, was about status. Like many social media photos of today, portraiture was about showing off to your friends about how wealthy and beautiful you looked in your plush and exclusive surroundings rather than capturing an exact likeness or documenting an event.

This is why, when I visit the Portrait Gallery, I spend a lot more time looking at everything EXCEPT the faces in a portrait. The faces are hardly ever exact likenesses, after all, what high born lord would pay vast amounts for a portrait of his wife that showcased the wart on her nose more than her expensive silk brocade dress or that showed his bad teeth off more than his gold chain of office. A portrait was supposed to make you the envy of your friends, not a point of ridicule. The pose and the clothes in a portrait and the things that someone chose to be painted also convey a lot about how the commissioner wished to be seen by his peers and remembered by his descendants. Very few portraits only have the person in the frame. The colour and style of the background furniture or the view of the surrounding countryside are subliminal hints of wealth through rarity or opulence. Whether one chose to be remembered as a brave warrior or an intellectual scholar, this showed in both position and props chosen. Even something as basic as the breed of dog at your feet or the choice of fruit in a bowl would make a difference. Remember this was back in the 17th and 18th century when not everything was available to everyone and rarity of things such as pineapples implied wealth and stature. This has changed somewhat with the advent of photography and the rise of celebrity, as people’s faces are now what they are known for, so the artistry and social history of the portrait, for me, has diminished a lot as the background has become far less important in the “story” of the sitter, often just being black. 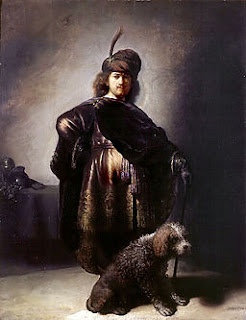 Self portraits, now shortened to the hideous word "selfies", have also become a lot more prevalent with the advance of technology and are now at a point of self obsession. It’s not very often now that someone will post a photo of an exotic place or event without themselves also in the frame. This is a very new phenomenon. There are very few artist self portraits through history that are very clear, the artist often choosing to paint himself as a shadowy figure, or conveying a personality trait or as a small part of a different painting rather than as the boastful centre of his own world and you will often find only one or two self portraits in an artist’s portfolio rather than the hundreds of photos people now post on social media. Rembrandt was an exception to this and was famous for self portraits, painting almost 100 of them in his lifetime over a 40 year period. This, however, was for reasons other than vanity as he was interested in the ageing process and used himself as a case study. The other notable exception was Van Gogh who used himself as a model when he did not have money to pay for a sitter so that he could hone his skills as an artist. It’s also been speculated that his self portraits were some sort of therapy for him and a way to guide his introspection.

One thing is for certain though, people’s fascination with other people, and with themselves, is not going away any time soon. Portraits will continue to be an important part of art, with their changing styles reflecting the changes in society. Which face of society is represented for future generations is up to the artists to decide. However, with the advent of the selfie stick in everyone’s hand and the phone camera at everyone’s eye now, society’s face, and its artist, is you.

Images - Top - Sir Walter Scott by Henry Raeburn. Above - Rembrandt self portrait with poodle. Both sourced from Wikimedia.
Email ThisBlogThis!Share to TwitterShare to Facebook