News - To Kill a Mockingbird Coming to Broadway 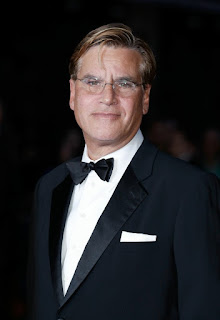 Aaron Sorkin will write a new stage adaptation of To Kill a Mockingbird for a Broadway run during the 2017-18 season....

Producer Scott Rudin, known for producing films such as No Country for Old Men and executive producing TV shows like The Newsroom, has acquired the rights to stage the new adaptation of the original novel by Harper Lee, which won the 1960 Pulitzer Prize, and the sequel Go Set a Watchman, actually written before the original novel, was published just last year. Along with his Hollywood career, Rudin has been a long time theatre producer, having worked on The Book of Mormon, his Is Our Youth and A Raisin in the Sun, and he is currently producing Arthur Miller's The Crucible on Broadway and will produce To Kill A Mockingbird in the 2017-18 Broadway season.

He has brought Aaron Sorkin on board to adapt the book for the stage. Sorkin is far better known as a screen writer for both films and TV, working on the epics that were The West Wing and The Newsroom as well as our own inspiration Studio 60 on the Sunset Strip, although he does have previous theatre experience, having written the stage play as well as the screenplay for A Few Good Men. Sorkin and Rudin have also worked together previously on the films The Social Network and Steve Jobs, currently nominated for acting Oscars.

Bartlett (no West Wing pun intended) Sher has been named as the director for the work and he is currently directing the Broadway revivals of Fiddler on the Roof and The King and I, for which he was nominated for a Tony Award.