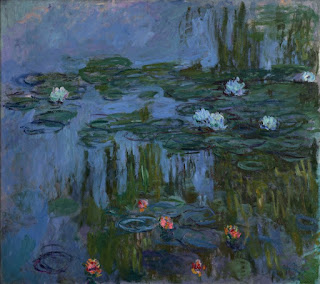 Experience a summer garden in the dark days of winter with Painting the Modern Garden: Monet to Matisse in the Main Galleries of the Royal Academy of Arts...

Last month, and running until 20th April, the Royal Academy of Arts opened Painting the Modern Garden: Monet to Matisse, a major exhibition examining the role of gardens in the paintings of Claude Monet and his contemporaries. With Monet as the starting point, the exhibition spans the early 1860s to the 1920s, a period of tremendous social change and innovation in the arts, and includes Impressionist, Post-Impressionist and Avant-Garde artists of the early twentieth century. It brings together over 120 works, from public institutions and private collections across Europe and the USA, including 35 paintings by Monet alongside rarely seen masterpieces by Paul Klee, Emil Nolde, Gustav Klimt and Wassily Kandinsky. 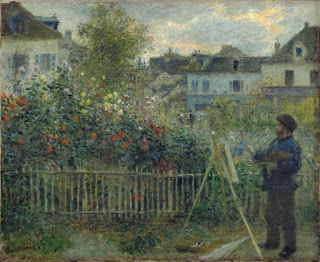 Arguably the most important painter of gardens in the history of art, Monet was also an avid horticulturist who cultivated gardens wherever he lived. As early as the 1860s, a symbiotic relationship developed between his activities as a horticulturist and his paintings of gardens, a relationship that can be traced from his early years in Sainte-Adresse to his final months at Giverny. ‘I perhaps owe it to flowers’, he wrote, ‘that I became a painter’. A rich selection of documentary materials including horticultural books and journals, as well as receipts for purchases of plants and excerpts from letters, will be included in the exhibition. 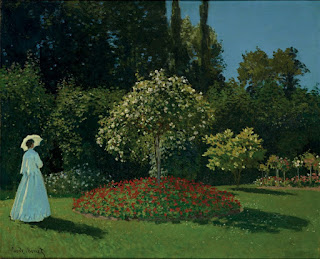 Highlights of the exhibition, seen previously in Ohio, include a magnificent selection of Monet’s water lily paintings including the great Agapanthus Triptych of 1916 - 1919, (The Nelson-Atkins Museum of Art, Kansas City; The Cleveland Museum of Art, Cleveland; Saint Louis Art Museum, St Louis) works that are closely related to the great panorama that he donated to the French State in 1922 and that are now permanently housed in the Musée de l’Orangerie in Paris. It is the first time this monumental triptych has been seen in the UK. This exhibition is also among the first to consider Monet’s Grandes Décorations as a response to the traumatic events of World War I, and the first to juxtapose the large Water Lilies with garden paintings by other artists reacting to this period of suffering and loss. 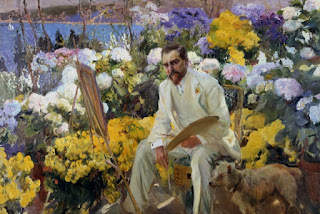 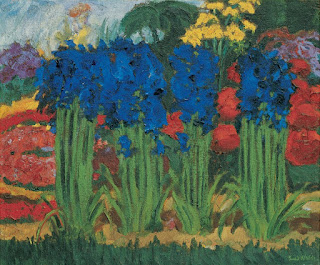 As the nineteenth century drew to a close, Symbolists, Fauves, and German Expressionists embraced more subjective approaches by imagining gardens as visionary utopias; many turned to painting gardens to explore abstract colour theory and decorative design. In the early twentieth century, Monet emerges as a vanguard artist. The monumental canvases of his garden at Giverny anticipate major artistic movements that were to come such as American Abstract Expressionism. 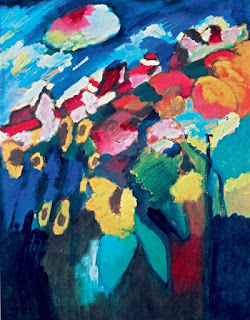 The exhibition is arranged thematically, leading visitors through the evolution of the garden theme, from Impressionist visions of light and atmosphere to retreats for reverie and dreams, sites for bold experimentation, sanctuaries of refuge and healing, and, ultimately, signifiers of a world restored to order – a paradise regained. Framing the paintings in the context of broad artistic movements, as well as social and political events, will offer unprecedented paths for understanding the garden as a multifaceted, universal theme in modern art. 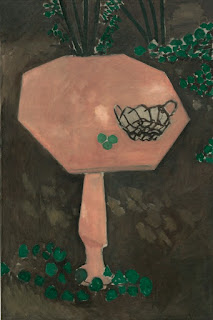 £17.60 full price (£16 without Gift Aid donation); concessions available; children under 16 and Friends of the RA go free. Tickets for Painting the Modern Garden: Monet to Matisse are available daily at the RA or online at www.royalacademy.org.uk. Group bookings: Groups of 10+ are asked to book in advance. Telephone 020 7300 8027 or email adultgroups@royalacademy.org.uk.