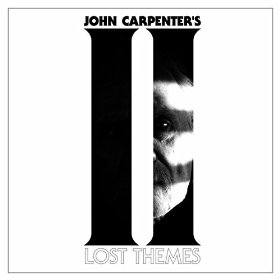 Everyone knows John Carpenter's work in the horror film industry but did you know he is an accomplished composer as well? Here's news of his latest album...

John Carpenter has inspired countless musicians since his earliest synth-based scores for films like Assault on Precinct 13, Halloween, and Escape from New York. In February 2015, the horror film legend released his debut non-soundtrack album, Lost Themes, to huge critical acclaim and now, after the success of a remixed version, Carpenter has announced that he will return with a completely new sequel, Lost Themes II, in April. Similar to the original Lost Themes, the new album is a collaboration between Carpenter, his son Cody Carpenter, and his godson Daniel Davies (son of the Kinks' Dave Davies).

In addition to the new music, he has also announced his first ever live shows where he will perform his own musical retrospective of his horror soundtrack work, his debut studio album Lost Themes, plus brand new compositions. The ATP Release The Bats shows in the UK will be held first at The Albert Hall in Manchester on Saturday 29th October 2016, and then at London's The Troxy on Monday 31st October 2016.

Lost Themes II is out on 15 April via Sacred Bones.


Meanwhile, have a listen to Vortex, off his Lost Themes Remixed album, out now, to give you an idea of his non-film sound.