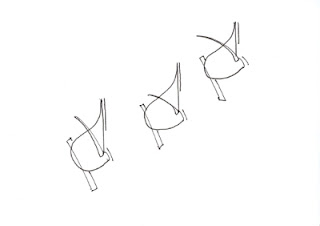 Did you doodle for Doodle Day yesterday? Here's what it was for and how to support Epilepsy Action by bidding for celebrity doodles...

Their sketches will feature alongside dozens more in a three-day eBay auction starting on National Doodle Day, Friday 5 February. The doodle auction will close on Sunday 7th February. The proceeds will help Epilepsy Action support the 600,000 people living with epilepsy in the UK.

Holly Rawlings, doodler in residence at Epilepsy Action, said: "Every year we are overwhelmed with doodle-tastic support from celebrities, and always look forward to seeing them all flooding in. National Doodle Day gives everyone a chance to get their hands on an original piece of art by their favourite celebrities. It also raises incredibly valuable funds for people affected by epilepsy all over the UK."

Epilepsy affects around one in 100 people in the UK and 87 people are diagnosed with the condition every day. Each year Epilepsy Action directly helps over 1.3 million people through a range of services, including the Epilepsy Action Helpline freephone 0808 800 5050, branch network, specialist nurse scheme and award-winning website, epilepsy.org.uk

You can see all the doodles and bid in the eBay auction until 7pm on Sunday here.