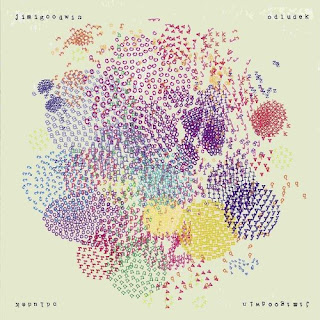 In his occasional column, SF and contemporary fiction author Neil Vogler highlights and champions creative works that he feels have been unjustly overlooked in our collective cultural memories. This time it's Odludek by Jimi Goodwin...

It must be a difficult decision to go solo when you’ve been part of such a huge band like Doves and have already established an incredible and beloved body of work. I’m a massive Doves fan, so I was primed to enjoy singer Jimi Goodwin’s first solo record from the off, but what’s amazing is how much staying power this record has had – almost two years on, I still listen to this album regularly.

In my view this album suffered from a perception problem for two reasons. The first, and most obvious, was that people were expecting Goodwin’s solo record to sound broadly like Doves; and the second was that a lot of listeners were introduced to the album via the single Oh! Whiskey, which is a superb song with a lovely hook, but in no way a good indicator of what is waiting for you on the full album.

Odludek is a marvellously odd creation, and very deliberate in its strangeness. Goodwin created a joyfully peculiar record, and as a result it takes a lot of time and patience to fully appreciate the scope of what he’s made. It shifts – sometimes uneasily – from genre to genre, mashing styles and sounds together and sweeping you up in hooks that arrive and are gone before you know it. You’re onto the next mood before you even have chance to digest what you’ve just heard.

And that’s the key: mood. There are numerous moods on this album, and Goodwin has a lot on his mind beyond the playful mishmash of musical styles. Take ‘Lonely At The Drop’ for instance, a brilliant, passionate critique of religious dogma full of powerful imagery; or ‘Panic Tree’, where he describes cutting down a conceptual tree representative of his lifelong (perhaps inherited) anxieties. A song like ‘Panic Tree’ is amazingly difficult to pull off, but Goodwin does so with ease, quickly cluing you into the concept and then making you feel his euphoria when he decides to ‘cut the fucker down’.

There are some great feelgood songs on this album, too; the aforementioned ‘Oh! Whiskey’ is a welcome stripped down moment with an amazingly singable hook, and ‘Hope’ is a searingly beautiful, optimistic tune featuring a massive wall of sound and another incredible chorus. Elsewhere, ‘Didsbury Girl’ is probably as close to a Doves song as you can find on this record, and I defy you not to get swept up in its easygoing charms.

‘Odludek’ is a Polish word meaning ‘pilgrim’ or ‘loner’, and you get the sense that Goodwin felt like the outsider making this record, and put it together in large part for himself. It feels personal, meaningful, and therapeutic, but it’s also a record brimming over with humour and playfulness at every turn. This is the sound of a man working through some issues, but doing so with absolute joy, never losing sight of his sense of fun.

This record is a collage of sounds lurching around from mood to mood, lulling you in gently one moment and absolutely swinging for the fences the next. It’s a curiosity box of an album, and I love it, and I really respect what Goodwin was going for here. In my view Odludek isn’t just a great album, it’s a real achievement, in that it doesn’t sound like anything else.

It’s a difficult record to love immediately, and it will take perseverance before it gets under your skin and you can fully appreciate what’s on offer here. But it’s worth it – two years down the line this album still sounds as fresh, challenging and interesting as it did in 2014.