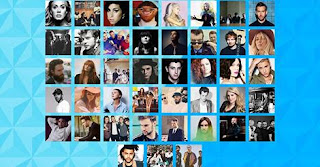 The Brit Award Nominees have been announced and Susan Omand has a stab (she gets a bit stabby at the Brits anyway) at predicting the winners...

I know, I know but it matters to some people, it gives others something to whinge about to know who's up for an award and it gives everyone a chance to remember the notable award ceremony disasters - Mick Fleetwood and Sam Fox, Michael Jackson and Jarvis Cocker, The KLF and dead sheep? Or was that last one just my imagination?

For me, I usually get that slightly smug feeling of not knowing who the hell most of the bands and singers nominated even ARE. However, I do know a few of them this year, and wish I didn't know others, so I've had a look down the list below and picked the ones that, knowing the stats of the utterly screwy process of Brit voting, will probably win (disclaimer - these are not necessarily the ones I WANT to win). There are a couple of categories open to public vote too, Best British Artist Video and Best British Breakthrough Act, so all bets are off for them but I've made a choice anyway. Let me know if you disagree with any.

The full list of nominations for the Brit Awards 2015 with  The Omand Pick (TOP - see what I did there?) are: 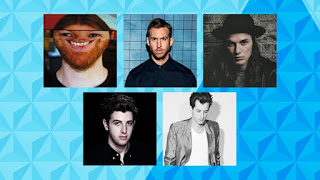 British Group: TOP - 1D (but only because they are splitting up YAY!)

British Breakthrough Act: TOP  - Years & Years (yes this is a public vote so I've gone for the one I've kinda heard stuff from) 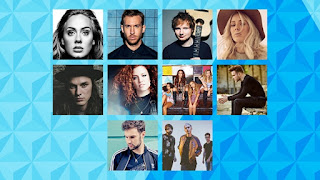 British Producer of Year: TOP - Charlie Andrew (tbh I've only heard of Mark Ronson so it won't be him)

British Video of the Year: TOP - 1D (remember it's a public vote and there's a LOT of bereft teenagers at the news of them splitting up) 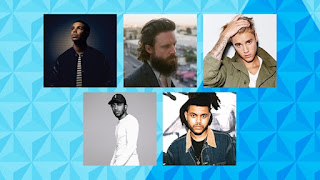 International Male Solo Artist: TOP - The Weeknd (because Bieber is still not cool no matter what anyone says)

International Female Solo Artist: TOP - Meghan Trainor  (why is Bjork ALWAYS on this list? When did she actually release anything new?)

International Group: TOP - Eagles of Death Metal (See Bjork statement above and substitute in U2 for this category)

Now, can we get back to some semi decent popular beat combo music please?