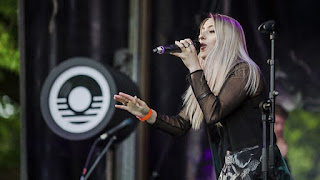 The Horizons project, a collaboration between BBC Wales and the Arts Council of Wales to support and encourage new Welsh musical talent, is looking for applications from new artists...

The 12 successful bands and solo singers will be supported in various ways, which includes a platform at events across Wales and on BBC Wales’ national radio services - BBC Radio Cymru and BBC Radio Wales.

Musicians and bands who want to be considered should send in a recording of their original work, and fill in a form online - see below for more details. Horizons acts will be selected by a panel of music industry and radio music experts. The scheme aims to showcase the most exciting unsigned acts with the potential to make a real breakthrough in Wales and beyond. In 2015, the Horizons scheme helped 12 artists from around Wales in many different ways – from mentoring to showcasing at festivals.

Violet Skies, one of the artists from the 2015 scheme said “It’s been a mad year for me as part of the Horizons scheme. I’ve been lucky enough to tick off a lot of things from my musical bucket list - The Great Escape, Festival No.6, Sŵn, Maida Vale and now, I’m looking forward to Eurosonic and SXSW festival in 2016. It's been a lovely little Welsh family of talented musicians and a really good support team - it's nice to turn up at festivals or a show knowing you have people there to help you. Writing and collaborating with other artists has been a highlight too, and having so many others going through the same as you is so reassuring. It's going to be weird leaving everyone next year but it's going to be exciting to see everyone go their separate ways and watch what they all do.”

Lisa Matthews, Portfolio Manager at the Arts Council of Wales, added “We’re proud to support Horizons for a further year and see another 12 artists have a creative and potentially career-changing 2016. There’s been some incredible opportunities created so far and we’re looking forward with excitement to more incredible music experiences.”

The closing date for receiving applications is midnight on 1 February 2016.

The final 12 successful bands will be announced from 22 February 2016 on BBC Radio Wales and BBC Radio Cymru.

To apply, acts will need to send their music to BBC Wales via the BBC Introducing Uploader at bbc.co.uk/introducing with an accompanying form, available on the Horizons website bbc.co.uk/horizons, to horizons@bbc.co.uk by 25 January 2016.