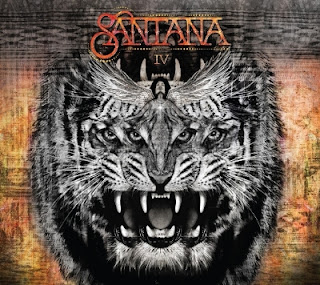 SANTANA IV reunites a legendary band lineup for a new album and single...


Santana IV features 16 all-new tracks written and produced by the band that burst with the same unparalleled energy and superlative musicianship that made Santana a pioneering force in world music and a household name across the globe. Joining the core Santana IV band in the studio are current Santana members Karl Perazzo (percussion) and Benny Rietveld (bass), with the legendary vocalist Ronald Isley guesting on two cuts.

The origins for the reunion go back several years, when Schon suggested that he and Carlos Santana record together. Santana liked the idea but went one better, proposing that they recruit Rolie, Shrieve and Carabello for what would be called Santana IV. After initial writing sessions and rehearsals took place in 2013, the group recorded throughout 2014 and 2015, amassing 16 spellbinding tracks that combined all their signature elements – Afro-Latin rhythms, soaring vocals, electrifying blues-psychedelic guitar solos, and irrepressibly jubilant percussion work – with widescreen hooks and melodies that will lodge themselves in the thicket of listeners' senses and stay there.

"It was magical," Santana says. "We didn't have to try to force the vibe – it was immense. From there, we then needed to come up with a balance of songs and jams that people would immediately identify as Santana." 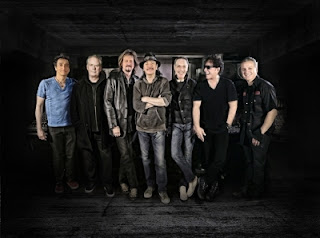 The first single, Anywhere You Want to Go, (out on February 5th) is destined to storm the pantheon of Santana classics. Written byGregg Rolie, it's a sexy, body-shaking winner and an unmistakable tip of the hat to the inescapable cha-cha/Latin jazz charms of Oye Como Va.

Ronald Isley (The Isley Brothers) is a special guest on two tracks. His vocals highlight the feverishly impassioned Latin-rock workout Love Makes the World Go Round and the hard-edged and funky Freedom in Your Mind. Guitar fans expecting fireworks from Santana and Schon will cherish Santana IV from front to back. All Aboard is a no-holds-barred guitar jam of the highest order, as is the slinky, soulful metal cruncher Caminando, which explodes with tectonic axe force. And on the unabashedly British blues-tinged Shake It, the two go toe to toe on not one but two extended solo runs that will have lovers of unhinged fretboard work rejoicing.

"Carlos and I feel more connected than ever," says Schon. "We get super-aggressive when we play, but also melodic and poetic. We have an incredible dialog with each other on our guitars."

Santana's recurring themes of love and tolerance are common threads throughout Santana IV, most dramatically on the epic tone poem album closer Forgiveness, a languid and breathtakingly gorgeous atmospheric groover.

Music fans familiar with the "roaring lion" artwork on Santana's 1969 debut album will instantly greet Heather Griffin-Vine's graphic for Santana IV as a gloriously realized update of that iconic image. "I really think the music goes along with the cover, and vice versa," says Santana. "It all fits together beautifully."

Few bands can pick up a musical dialog after 45 years apart, but on Santana IV each band member reaches a new level of virtuosity and communal intuition on a collection of songs that easily stands side-by-side with the group's treasured early work.

"When you can go back and break new ground with joy and determination – and some whoop-ass energy – it gets you going," says Santana. "I think we achieved something very rare. This music was screaming to come out of us. It wasn't about nostalgia. It was about passion."