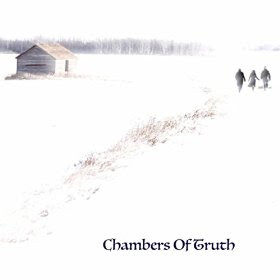 Canadian rock band One Soul Thrust have released their new single ahead of a new album...

Chambers Of Truth, the first single from One Soul Thrust's upcoming third album Hold The Vision, Trust The Process has been released. The song, a long, slow blues-based ballad written by Salem Jones in 2014, suggests that in a very mixed up world, something forgotten and primal yet delicate predates our current predicaments, and we might want to consider employing it.

The album that Chambers Of Truth hails from will release in two parts throughout 2016 and will be supported by a series of unique, multi-media rock shows that tell the story of the band’s journey, which coincides with the overall Human Journey. The theme suggests that people have more similarities than differences.

Salem Jones, One Soul Thrust’s founder and the originator of the concept, who cites a family history of storytelling informing her song writing explains,” Every life is an incredible story. At this time in history, humanity is facing bewildering challenges and many people seem to feel as though we’ve passed some kind of turning point. We hear this angst everywhere we go. We want to share a live show, on several platforms at once, with the heartfelt hope of uplifting people, purely by entertaining and reflecting our shared human journey.”

One Soul Thrust, working faithfully true to rock, under the radar of celebrity culture, is often called one of Canada’s best kept secrets. Their main line-up consists of Edmonton musicians Salem Jones, Jag Mollerup and Todd Pretty. These prolific, lifelong musicians have four releases from a previous project under their belts, their debut CD, 1ST came out to great reviews, a second album Know One Knows was well-received in early 2012. Notably on the first album, Salem Jones made history by being the first Canadian singer (and the second female singer in the world) to record a duet with The Voice of Rock, Deep Purple's Glenn Hughes.

We'll have more news on dates for the album's releases when we get it.

In the meantime, here's the video for the new single.