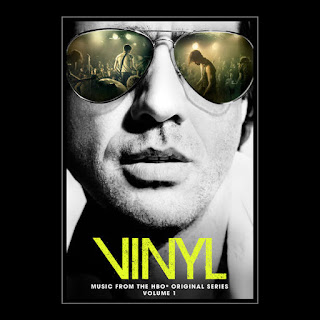 The plans have been revealed for the release of the music from HBO's new TV series Vinyl, showing on Sky Atlantic in the UK...

We told you about the new 70's New York music based drama series Vinyl coming to HBO and Sky Atlantic and over the weekend we heard of plans for the soundtrack to be released on February 12th, shortly before the show is aired, as well as weekly EP's as the show runs.

Volume 1 of the Vinyl soundtrack features 18 tracks and is described as "a full-length musical companion to the series' premiere episode" by Atlantic Records. Highlights include David Johansen's re-recording of New York Dolls' 'Personality Crisis' as the Vinyl theme song as well as classics from Mott the Hoople and Otis Reading, used in flashback scenes in the series.

Not only that, following Vol 1’s release, each Friday, Atlantic and Warner Bros. will digitally release an EP with music featured in and inspired by the upcoming Sunday’s episode. Kevin Weaver, Atlantic Records president of film & television said “There’s such an opportunity to [release] music around these weekly episodes. There was a wealth of amazing music, plus this idea of curating a music experience connected to the show by adding some inspired-by content.”

Finally on the Friday before to the season finale, a second physical and digital soundtrack will come out so there's plenty of great new and classic tracks to look forward to.