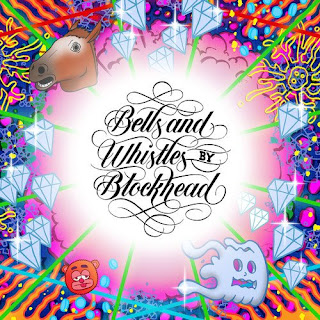 In his occasional column, SF and contemporary fiction author Neil Vogler highlights and champions creative works that he feels have been unjustly overlooked in our collective cultural memories. This time it's Bells and Whistles by Blockhead...

Manhattan-based rapper-turned-beatmaster Blockhead desperately deserves more love for his music in my opinion. Honestly, I could write ‘Underappreciated’ articles for each of his albums, especially the criminally underloved ‘Music by Cavelight’ and the spectacular ‘The Music Scene’. For those that enjoy ambient instrumental beats made with wit, attitude, and above all skill, his albums are genre-hopping, ultra-melodic treats.

Blockhead occupies some of that same musical territory as the more widely-known Bonobo. Bonobo is fantastic and hey, let’s not rule out an article about him at some point down the road, but Blockhead’s music has a darker, weirder, and perhaps harder edge. With Blockhead, you genuinely never know what’s coming next.

His latest album, ‘Bells and Whistles’, came out in November 2014 and all this time later I’m still listening to it and unpacking its delights. In many ways, this may be his least immediately accessible release to date, but it’s also his most ambitious. If you’ve not heard any Blockhead before, this is not necessarily your best entry point into his music – I suggest you start with the previously mentioned ‘Music by Cavelight’ – but if you’ve got any passing familiarity with his stuff, you need to listen to this album.

The thing about Blockhead is that all of his records require time and understanding. Patient listeners are heavily rewarded, because each track has got so many layers and has been so lovingly (and, importantly, playfully) crafted that you’re always noticing new features of the music that you’ve previously missed. I like his music because you easily get a sense of the mind and the intelligence behind it all. Blockhead drops heavy beats and sucks you into lush, easy grooves, but he also hits you at moments with some deliberately disruptive sounds and performs some radical left turns. All of it is executed with serious verve, and he peppers the whole album with touches of humour and wit. He wants to take you down the ambient trip-hop rabbit hole and show you some bizarre, unique and thrilling stuff, but he always knows where he’s going and what he’s going to do next. Everything is carefully, painstakingly well orchestrated, and the sheer scope of it is amazing.

That wit I mentioned is also present in his choice of song titles, and some of the names of the tracks on this album may be among the most entertainingly bizarre I’ve heard over the last year – ‘On the Back of a Golden Dolphin’ and ‘Beach Blanket Blood Bath’ being two particularly good examples.

If you like the sound of experimental electronica that seamlessly blends genres, mixes the old with the new, and constantly plays with your expectations, then you should definitely listen to ‘Bells and Whistles’. It’s a huge cliché to say this is music that takes you on a journey, but that’s what this is. It’s a record you stick on in the background and slowly let get its hooks into you. You’ll be pleased you did.

I can’t wait to hear what Blockhead comes out with next – whatever it is, he long ago earned my trust as a fan, and I’ll be buying it as soon it comes out. I could spend numerous unwieldy paragraphs trying to describe what’s on this album, but instead I urge you to check out the link below and hear a taste of it for yourself.