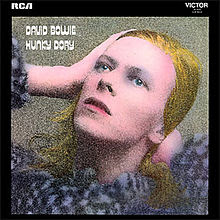 Ren Zelen looks back at the David Bowie she will remember...

“Not to love David Bowie?" Caitlin Moran mused in The Times, " - pale like bone, voice like ice breaking, singing ‘Heroes’ in Berlin - the sound of Mankind giving itself a standing ovation"

Maybe it wasn't always possible to love Bowie, but it was impossible to ignore him, it was impossible not to pay attention. Bowie’s is the story of a generation mesmerised, fascinated, swept up and carried along, not always willingly - within the words, worlds, wit, whims and weirdness, of one man's vision.

It might well be said, our culture would not be what it is now, for better or worse, if it wasn't for Bowie picking it up, way back in the nineteen-sixties, and shaking it up, on a fairly regular basis, right up until this day. In a longstanding, successful and frequently controversial career spanning five decades, David Bowie holds significant contemporary cultural relevance. There is a Bowie-shaped hole in the universe, and no-one is going to fill it.

Turn and face the strange - Changes

Not many performers have managed to elevate rock music to the status of an art form, although many have declared themselves to be 'artists'. There is one individual however, that can justly make that claim, and that is David Bowie. It took him a decade, several 'personae' and a good deal of experimentation to find his medium and his audience, but at some time in the seventies the planets aligned - Bowie found himself in the right place at the right time, and rock music, fashion and art would never be the same again.

There were his shocking statements in the seventies, made well before anyone else dared - 'I'm wearing a man's dress!' ,'I'm bisexual' ', ‘I'm retiring!' ...and so on, commonplace amongst attention seeking rock stars now. And it was about getting attention for Bowie too - even during the haziest cocaine-induced activity there was always one shrewd eye on the business of getting the material out there and noticed. But it was never, never just about attention, nor the money (he was famously robbed of millions by his management and learned a salutary lesson).

With Bowie it was always about the Art, which spilled into his life, one which was also pretty wildly experimental (before eventually settling down in seclusion and conventional domesticity with Iman). The art was life. It was exploration, excitement, sensation, assimilation, perception, mutation, movement and constant ch, ch, ch, changes. He soaked life up like a sponge - the high life and the low life - before squeezing it out again in his art – molecules all rearranged, like a viscous, technicolour glue, which stuck to everything it touched. 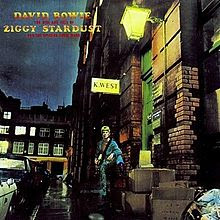 Some cat was layin' down some rock 'n' roll 'lotta soul, he said – Starman

There will be thousands if not millions of tributes to Bowie, which is the measure of his influence. There is barely an indie or rock band out there now that hasn't got some kind of debt to pay, even if they are too musically blinkered, constrained or arrogant to know it. So, what can I possibly add?

My first memory of Bowie is laughing at my father's open-mouthed disbelief as a creature appeared on some rerun of Top of the Pops the like of which he'd never seen before (and he was a Stones fan). ‘What kind of abominable iconoclast was this?! Surely signalling the end of days?'

As for little me, I was wrapped up in the story the creature was singing about - a Starman waiting in the sky - I was all about space travel even then, and as for Bowie, well, wasn't he just the kind of alien I would expect to sing about it?

As soon as I was old enough to save my own pocket money I went out and bought my first two albums - Ziggy Stardust and Aladdin Sane. And so the die was cast. Music wasn't going to be just about the beats for me chums - it was going to be about imagination, unorthodox situations, alien worlds and playing with words. I then went backwards in the Bowie musical canon – to Hunky Dory and before, and then forwards through Pin-ups to Lodger and onwards, until I had the lot - ever marvelling and delighting at the unusual, the extraordinary, the playful and the daring.

Not many people who have lived anytime in the last fifty years are unaware of Bowie, but the younger ones, hardened to the garish antics of erstwhile pretenders, may not understand just how ground-breaking his first 1972 'Starman' appearance on Top of the Pops was.

Amidst the oily, long-haired, denim-enveloped prog-rockers, the shiny pop-muppets and the nondescript novelty hits, Bowie finally entered the stage - clad in red-patent platform boots and a skin-tight multi-coloured jumpsuit - sporting mascara, make-up, white nail-varnish and gravity defying orange hair. He looked like an alien entity beamed down from another planet.

A nation watched with mouths agape, and just for good measure, to further shock and outrage the parents of all the 'pretty things' who were watching, he draped a languid arm over the gold-lame clad shoulders of Mick Ronson, his guitarist, in a gesture of something like homoerotic intimacy. Youngsters everywhere laughed outright at the shamelessness of it all, while their fathers turned crimson with impending apoplexy and nervously choked on their pipe-smoke.

Little did we suspect then how his influence would reverberate well beyond his camp and waggish glam performances through successive changes of musical style and art and would forever impact upon wider popular culture through music, fashion, film, gender studies, theatre, and performing arts.

Opposing the notions of authenticity in rock, Bowie wore many faces and challenged listeners with a huge body of work containing a diverse and sometimes bewildering array of musical styles, covering everything from classic vaudeville to heavy metal, glam rock, soul and funk, electronic pop, disco and the Avant garde. Through a close look at Bowie's ‘visual’ canon - in particular his videos and album covers, we discover lines of connection between Bowie the musician and Bowie the visual artist, illuminating the broad nature of his art. 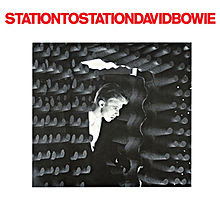 That Bowie has influenced modern culture is undeniable. He was a pioneering artist and performer whose career spanned fifty years and brought him international acclaim. He sold over 150 million albums and has been cited as a major influence on contemporary artists and designers working across the creative arts. He challenged his audiences, through indirect lyrics and images, to critically question art, convention, sanity, identity, what it means to be 'us' and why we are here. To begin to understand his contribution we must look across many media platforms - he intersected music, performance, mime, theatre, film, television, the web, exhibition, installation, lyrics, literature, video and fashion.

As for me, I never wanted to BE David Bowie, I never wanted to LOOK like David Bowie, I never found him physically attractive but dammit if I didn’t always find it stimulating to listen to him and to watch him. His boundless energy and creativity and his determination to throw something at us to wake us up out of our cultural stupor, to shake up our preconceptions, to make life interesting again, to say, ‘things don’t have to be like this. They could be like this or this or this...’, to prod us awake with music and images and all the time to wink slyly as if to say ‘not what you were expecting, eh?!’

And these flurries of activity were not, as so often with lesser artists, about the shock factor, or grossness, or bad behaviour or attention seeking – the man knew how to stay classy, even with the grime still fresh on his shoes – it was all about jerking us out of the mundane and making us think, perceive, spark, imagine and dream.

So, it’s true what Caitlin Moran said - how not to love David Bowie? He gave us the power of endless possibility. His absence will not only be felt amongst his fans, but by anyone interested in modern popular culture.

But, as we mourn the loss of such a valuable cultural catalyst, we can take some comfort in something that Dean Podesta said on Twitter: “If you're ever sad, just remember the world is 4.543 billion years old and you somehow managed to exist at the same time as David Bowie.”

Let’s all be thankful that we did.