Interview - A Journey Through Music: Part 4 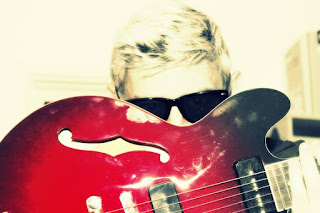 Steve Taylor-Bryant has been reflecting on his life. This week he is going to introduce you to the family and friends that have impacted on his musical being. Today it is steve harris...


After spending my younger years in my family's town playing drums in a thriving music scene and having a large circle of friends and fans, I can tell you that moving away was a wrench. Gone were those weekends playing, jamming, drinking and in their place was the monotony of work. Don't get me wrong, I loved my job, my career in the world of licensed retail in all its guises paid well and afforded me the chance to move all over the country, but music took a back seat. That is, until a project to turn a two floor cafeteria into a nightclub brought me back to Taunton in Somerset, a place I had a few friends in from a previous stint in a large franchised pub chain, and the opportunity to surround myself in a music scene again, albeit a different one. Taunton was a student town with very young and very talented musicians playing more styles than I'd been involved with before and being more booking agent than participant was also a change. We had weekly bands, all young, all brilliant, I wrote for the local music magazine and put together showcases for the local bands and DJ's. I also befriended a busker. This short, strange looking man was from another time. Older than me, and certainly older than the local musicians, he looked like a throwback to the 70's glam era but damn if the guy couldn't knock out a tune. As I got to know him I grew to love him. An amazing songwriter, a great guitarist and a sharp wit. The guy was funny, like hilarious funny, and could react in a split second to any eventuality. He's still my friend two decades later, he's still playing and recording, and he's here to talk music. Ladies and gentlemen, steve harris...

The radio, I guess. I was apparently able to memorise lyrics from songs I heard very quickly as a small child. And I wrote my first ‘song’ (a repeating single phrase which must have irritated the hell out of my older brother) when I was four. I sang a lot and joined a choir then took guitar lessons by the age of ten which pretty much cemented music as the meaning of life for me. Well, that and marbles.

Tell us about the first single and album you bought?

I can definitely remember the first single I bought. And the second one. The second one is cooler than the first. The second one was Rat Trap by The Boomtown Rats. Yeah. What? The first one. Nobody wants to know. Oh, they do. Brown Girl In The Ring by Boney M. Hey, I fancied the sexy singer ladies.

The first album is harder to recall as I began buying clutches of albums once I had a Saturday job. It’s either one of the Beatles albums (most likely) an anthology of songs by The Who or The Great Rock n Roll Swindle by the Sex Pistols. Or All Mod Cons by The Jam. I really can’t remember.

Is there a song or album that's stayed with you all this time?

Loads of songs and a handful of albums retain their impact and meaning. To pick a single song is virtually impossible. Maybe Strawberry Fields Forever. One of the albums that I know stands the test of time as I was playing it loud and lovingly in my car only yesterday is The La’s only album. See also Stone Roses debut.

What was the first instrument you played?

Voice. Then guitar. And marbles.

Do you remember your first live performance?

What's the inspiration for your own songwriting?

Life and emotions are the biggest inspirations with socio-political fervour coming close behind in the old days. Songwriters who have inspired me are too numerous to consider but the influence of John Lennon/Paul Simon/Paul Weller/Pete Townshend/Steve Marriott continues to be discernible to me, if not to most other people. 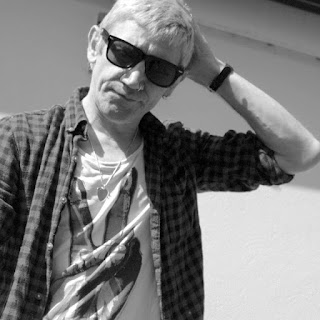 And the song you wished you had written?

On And On by Longpigs.

Difference in mentality between busking and stage? Or is performing all that matters?

Busking often struck me as more honest than stage performances. The very presence of a stage and a paying crowd makes it a slightly artificial environment even when it’s a great night. Busking has no safety net. People will heckle to your face if they hate what you’re doing but they might equally throw an unexpectedly large note into your hat. I did tend to treat the actual performances very similarly because I only have two settings when it comes to performing - Off and Full On.

Talk to us about The Madlys?

In the early 90s I was busy with a ‘real’ band called Dead Men Don’t (EMI head A&R man Clive Black rather liked us but not quite enough, as it turned out) but I had other material pouring out of me. I used to write something like thirty or forty songs a year and half of them were not quite what Dead Men Don’t were about. So I drafted in pals to record some of the other stuff for shits and giggles. The name ‘the madlys’ came about after I woke one morning from a dream about Jim Morrison constantly singing a single line from a Doors song (don’t you love her madly…) A year later there was an actual real band with the same name after I left Dead Men Don’t but we suffered musical differences before much musical togetherness had a chance to get more than three songs recorded. The name lay dormant until last year when I resurrected it for the recordings I’d been working on over the winter of 2014/15. Then came a proper album, subvertical, in July 2015. And I have spent the last six months recording an new collection of almost entirely new songs. the madlys are currently just me, then, but could easily accommodate other people again in the future. Or disappear into the ethers again for another decade while I reinvent myself as the illegitimate son of David Bowie’s dog’s mother.

Does modern technology hamper or encourage new material? I'm torn between the tech now making music easy against the cost years ago making the song be perfect before entering studio.

Some aspects of the technology make things a lot easier and more accessible than they were when I was younger. Home recording no longer need be just crappy demo quality and can actually be good enough to release if you put enough time and effort in. But the fact that there can be simple and quick solutions to technical issues can have a perversely limiting effect. There is something inventive about having to work out how to circumvent feedback with over-cranked analogue guitar amps, say, something which can mean you learn new tricks with noise gates and microphones or discover sounds you might not make any other way. Being able to digitally flick through synthetic amp sounds might seem like letting a kid lose in a candy store but may mean that ‘kid’ ends up with no real understanding for or appreciation of the actual sounds they make. True musicians will still shine through, though, just as they always have.

What next for music in general?

God knows. I do rather hope that rebellion and subversion can return to popular music. There are some great bands and some fantastic singers around at the moment but there is rarely much sense of people pushing themselves to the absolute limits of what they can create, nor do I feel youth culture is truly separating itself from more adult aspects of society via edgy, generation-gap sounds. But there could be a new Bowie sitting in a dingy bedroom tinkering with currently unfashionable ideas this very moment. We really could do with one.

What next musically for you?

I’m trying to find a label to release the next madlys album on CD alongside an electronic release. I love digital storage and formats but do also like hard copies of some stuff and want another of my own albums to be able to sit alongside those I listen to and love on my shelves. Oh and reinventing the rock and roll wheel. And killing bambi.

Image - Steve Harris/Wikipedia
The Madlys are to be listened to here.