Interview - A Journey Through Music: Part 1 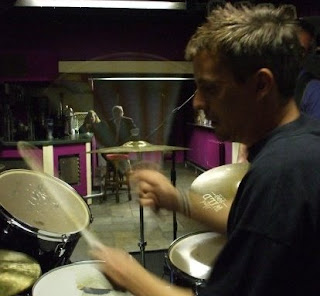 
You get to a certain age and can't help but reflect back over your life. It's actually easy to do, in a general sense. What kind of upbringing you had, marriage and divorce, etc etc but, when you try and look at one single strand of your life journey, it gets quite tricky. Obviously, being a music and arts site boss, the music side interested me and I started to wonder how my tastes were formed, why I started playing an instrument (yes, drums and percussion DO count as musical instruments before any guitarists pipe up) and how much of an influential force were the people in my life on the musical side of my personality. I don't mean stars, although I am obviously influenced by quite a few, I mean the family and close friends that have impacted on my musical development. Then my mind got overactive as it tends to do and I started wondering what influenced the influencers.

Over the next few days I'm going to introduce you to my father and three close friends, all of whom are in some way or another responsible for part of my character. My father was a professional musician and my first teacher of life and its foibles and, along with mother, started this whole journey. Mike Headington is the singer and songwriter I spent the most time looking at the back of as he fronted the band I played in most. Steve Harris was part of my musical life at a time where I took a back seat from playing and changed tack, and Kneel Downe is one of my closest friends and one of the most passionate conversationalists when it's on the music subject. Each has made their own mark within music and used music to better themselves as well me. You'll learn about these fine folk by way of an interview and, whilst the questions may vary dependent on who they are, there are a few basics and, for you to understand why I've picked these people, you should probably know about my tastes and thoughts on music so for your (okay my) amusement here's me interviewing myself, with some input from Susan just so I am kept on my toes...

Where did your love of music originate?

My parents. Dad was a professional musician in the RAF and mum was a horn player in a brass band. Whilst we had TV every Sunday I remember us all sitting around to listen to the chart show on the radio and, when we loved a particular song, my dad would put it on cassette tape and made compilation albums for car journeys. We were stationed at RAF Rheindahlen in West Germany and one of my clearest memories was driving through East Germany on a road called 'The Corridor' on our way to the West controlled part of Berlin and listening to Phil Collins, Barbara Dickson and David Bowie, lots of Queen and Billy Joel with the odd concerto or piece of jazz thrown in for good measure.

What was the first single or album you bought?

The first album was Duran Duran's Seven and the Ragged Tiger on cassette. There had been a teachers strike but my teacher mother wasn't in the union (of the snake - sorry) so had to stay at work whilst myself and my sister were sent home. For a whole week I made sure my younger sister made it across the main road safely and the album was my reward. Single? That's a tough one as I genuinely don't remember. I know Janie's got a Gun by Aerosmith was my first 7" picture disc though.

Do you remember your first gig? And what's been the best one?

Of signed bands? On my own with no parents or grown ups? Ugly Kid Joe at the Bristol Bierkeller. My first in a band was drumming for a covers band in a pub called The London Inn in Weston which is where Mike discovered me. Best gig? That's a tough one! Large venue I'd probably say Guns n Roses 1992 at Wembley Stadium as Faith No More and Soundgarden were the support bands and I loved them as well. Smaller venue? Can't beat Jools Holland at the Colston Hall in Bristol. It was basically a really exciting jam night. Of my own gigs I have to say playing with Mike and March of Time in 1993 at a children's charity festival. It was my first experience of multi bands backstage and borrowing equipment and all excited to be there for free. We even bought our own entrance tickets to play. I also played in Weston Brass and at the Regional Championships and we won, allowing us to play in the Nationals. It's quite a big deal in the brass band world, think the FA Cup but for music.

Is there a song that sticks with you all these years?

I return a lot to older songs of varying styles but I always listen to Scenes From an Italian Restaurant by Billy Joel. As a percussionist I still marvel at Tea For Two: Fantasy in Percussion and The Buddy Rich Band's version of The Beatles' Norwegian Wood. 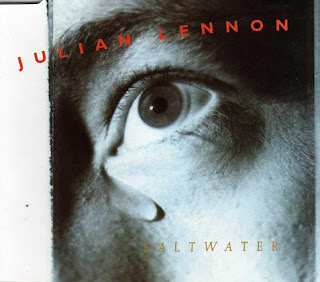 What's the song you wished you had written?

There is so many great songs out there and, whilst lyrically it's not the most adventurous, I'd have loved to have been responsible for Julian Lennon's Saltwater.

Do you, as an opinionated git, deliberately set out to like or champion music that others don't like to get a reaction?

Haha, thanks Susan for keeping it real! No I don't. I just really get spoken to by certain songs or albums. Chinese Democracy by GnR is probably the best example. I genuinely believe it's the best of their albums even though I know popular opinion states otherwise. You like what you like.

Do you have a favourite and least favourite styles of music?

I like most styles. I grew up with classical, brass bands, big band jazz, the 80's pop scene and rock. I grew to love certain genres within dance music like Psy-Trance and Drum 'n Bass. Least favourite is easy. Manufactured crap. Whilst the 80's was an incredibly pop orientated decade at least these guys tried. They played their own instruments, sang original material and, compared to today's auto tune generation, they're icons! Young bands miming on stage is just ripping of the fans. At least when you went to a Duran Duran gig it was all live even if it wasn't your cup of tea.

Blimey another tough one. Billy Joel for sure. If I can include those who have passed on a couple of drum lessons from Buddy Rich and Keith Moon would be nice.

What do you think of the music scene now and what are your hopes and fears for the future?

As I said earlier every generation has their own stagnant period and I think we're in one now. There are superb and creative artists not getting a look in because they didn't win X Factor or because they don't have model looks and that's annoying. There's also no edge to music any more. For all the pop in my era there was also punk. For all the hairspray rock there was metal biting at its heels. There doesn't seem to be that new rebellious genre coming through now. I miss music being daring, I miss it offending people. I'd love for a new punk era, not necessarily in musical style but in attitude. There's no attitude any more. 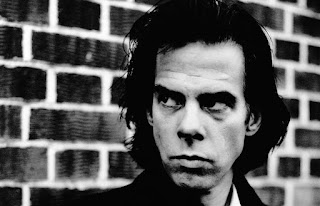 One more from me (Susan) then I'll shut up.What role does music play in your life? Is it background noise while doing certain things or do you sit and actively listen? Are there certain artists for certain moods? Is it an escape, a support or a distraction? Where and how does it fit into the headspace now?

Cheers again Susan, I was trying to not actively have to think! Honestly? It's not as big as it was and should be. Due mainly to the music scene as I see it, it's hard to be excited now. Time is a factor, I don't have much so on why earth would I commit any of it to the drivel on the radio now. Radio is still on but set to talk channels. I have an iTunes account, I iz down wid da kidz innit, but it's full of stuff I'm familiar with and favourite bands of my day. I have to write in relative silence as I have trouble concentrating so music drifts away there as well but I do use it a lot for 'mood fixing'. I suffer quite badly with anxiety and depression and music is a great pick me when I'm down or brilliant at stabilising me if I swing too far the other way. Strangely enough the music I listen to when I need to cheer up is stuff that depresses most people. Leonard Cohen and Nick Cave have saved my life more times than I care to remember.