Opinion - The Art of John Alvin 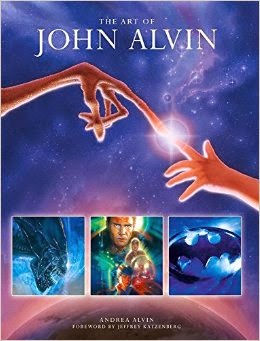 What do Blade Runner, ET and Jurassic Park have in common? Susan Omand finds out as she reviews the Art of John Alvin from Titan Books...


Who is John Alvin? I asked that question when I got the chance to review another great art book from our friends at Titan. Well, here’s who John Alvin is. He’s the man that painted the artwork for that Blade Runner poster. Yes, the picture of Deckard and Rachael, the one that’s used on the front of the DVD’s. He’s also the man that painted that poster for ET of the fingers touching. Yes. The same man. I’ll let that thought sink in for a while because that just completely blew my mind.

He also did posters for the Batman films, for Cape Fear and the Lion King. And Star Trek VI and Jurassic Park. And Willow and Legend. Darkman, Pinocchio, Empire of the Sun. And... the list goes on. All instantly recognisable images. All done by the same man. All in this one book. 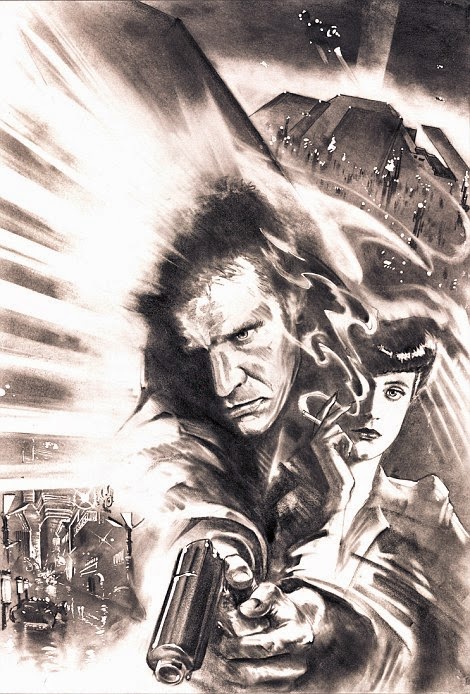 The most stunning thing for me however, as an artist, is that these were all hand-painted by John Alvin. There was no digital manipulation or Photoshopping, just paint, canvas, brush and airbrush. From his first poster for Blazing Saddles in the 1970’s to his untimely death in 2008 he has covered a broad range of films and produced some of the most iconic images in the cinematic world and some of these have now been brought together with some of the concept sketches and never before seen work in progress images by his widow Andrea, in the most stunning book I think Titan have produced to date. A superb coffee-table size with beautifully clear images so all the details are visible, I really like the way the book has been laid out, doing a page or two on each film rather than mixing the images together. It makes for a beautiful dip-into book as well as one to be read from cover to cover several times, as I have done, to follow the chronology and advancement in techniques. The stories about each picture are fascinating too, with a behind the scenes take from Andrea on the thought and work that went into each one.

I could go on and on and on about how wonderful this book is but it’s really best if you just see it for yourself. Buy this book. Just.... buy it.