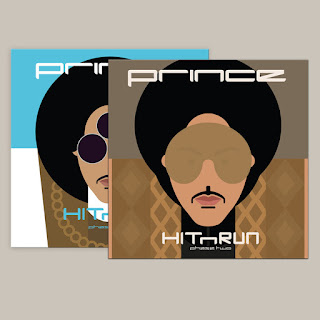 Only three months after Prince released Hit N Run: Phase One, and we all thought we would have an age to wait for the next one, Saturday saw the surprise arrival of the album's Phase Two. The new recording appeared on Tidal, Jay Z's artist-friendly streaming service and is rumoured to be exclusive to them, at least for the meantime.

Explaining his decision to release exclusively on Tidal, as he did initially for Phase One of the album too, Prince said "After one meeting, it was obvious that Jay Z and the team he has assembled at Tidal recognize and applaud the effort that real musicians put in2 their craft 2 achieve the very best they can at this pivotal time in the music industry. Secondly, Tidal have honored Us with a non-restrictive arrangement that once again allows Us to continue making art in the fashion We've grown accustomed 2 and We're Extremely grateful 4 their generous support."