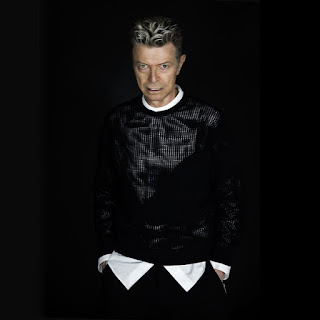 David Bowie’s new single ‘Lazarus’ taken from the album ★ (pronounced Blackstar) will be released digitally on December 18th in the UK...

‘Lazarus' is the only track on ★ also featured in the stage production ‘Lazarus’ written by Bowie and Enda Walsh and directed by Ivo Van Hove, which opened December 7th in New York to great critical acclaim:The New York Times raved "Ice-cold bolts of ecstasy shoot like novas through the glamorous muddle and murk of Lazarus, the great-sounding, great-looking and mind-numbing new musical built around songs by David Bowie,” while Rolling Stone hailed Lazarus as a “Surrealistic Tour de Force… milk-swimming, lingerie-sniffing, gin-chugging theater at its finest."

And on December 17th, following the single's U.S. premiere via NPR Music, the theatrical interpretation of ‘Lazarus’ will make the leap from stage to screen, when Michael C. Hall and the musicians from the musical perform the song on The Late Show with Stephen Colbert.

Meanwhile the first single from ★ continues to draw universal raves from the likes of NPR (“one of the most adventurous living artists still pushing himself”), Billboard (“strange, fabulous and fascinating”), and most recently The Los Angeles Times ("a gorgeous work and more evidence that Bowie's late-career reinvention continues”).