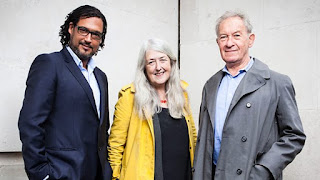 The BBC has announced Civilisations, a major new ten-part series telling the story of art from the dawn of human history to the present day, for the first time on a global scale...

It is now nearly half a century since Kenneth Clark’s series Civilisation thrilled audiences with its authoritative interpretation of the glories of Western art. Inspired by that groundbreaking programme, the new series of Civilisations on BBC Two will introduce a new generation to the great masterworks of beauty, ingenuity and illumination created across the continents.

Civilisations will explore the visual culture of societies from around the globe, revealing alongside the magnificent objects made in the West the wealth of treasures created by other cultures, from the landscape scrolls of classical China and the sculpture of the Olmecs to African bronzes, Japanese prints and Mughal miniatures.

Civilisations will have three presenters, each bringing their own skills and perspectives to the series: 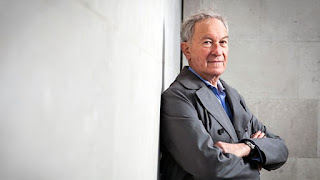 Simon Schama, an art historian with a breadth of experience and authority second to none, will present six programmes, reflecting the wide-ranging nature of his expertise and his extensive knowledge of global art.  When asked about the series he said, "“In the half century since Kenneth Clark made his great television series Civilisation, the necessity of art to the human condition has only grown even more emphatic; even more central to the way the world lives. Created in shanties and barrios, in studios and on streets, it has become the defining status of the rich, the public pleasure of everyone else. It is the target of those who wish to destroy it, at the same time as it is valued and desired above all other products of human ingenuity. Beyond anything money and political power can do, the arts remain the true measure of our humanity and that is why I am so looking forward to presenting this ambitious new series.” 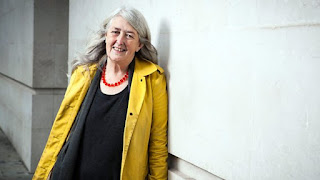 Mary Beard, the well-known Cambridge classicist, will present two programmes which put the art and culture of ancient Greece and Rome into a much wider context, using early material from China, Iran and Mexico. Mary harked back to the original series, saying "I remember watching the original Civilisation with my Mum and Dad, and it feels pretty humbling now to be on the other side of the camera. But for me it's also exciting that in Civilisations we will be seeing ancient Greece and Rome in the context of early art across the globe. I'm particularly looking forward to exploring some big questions. What was early art for? How and why did early people choose to represent their gods - or themselves?" 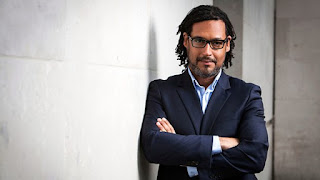 Historian and writer David Olusoga, who is also making two programmes, will call upon his expertise in Empire, military history and the relationships between global cultures. He commented that “It’s an incredible honour to be working alongside Simon and Mary, two of the nation’s greatest historians and broadcasters. I’m also thrilled to be a presenter on a series that’s part of a great tradition of arts programming on the BBC. When I was growing up on a council estate my family didn’t have the money to visit galleries or museums, but my mother was able to open up the worlds of art and culture to me through documentaries on the BBC, programmes that broadened my horizons and transformed my view of the world. Civilisations is the next chapter in that tradition of TV with the power to change lives.”

Tony Hall, Director-General of the BBC, said, “I remember the impact Civilisation had on me when I was in school: it was the start of a lifelong passion for the arts. Inspired by that great programme of the past, we want to excite a new generation. We want to show them the power of art and creativity across the world – from the dawn of civilisation to today. I’m thrilled that Simon, Mary and David, three outstanding broadcasters, have accepted the challenge.”

Civilisations will be shot around the globe, filming in Europe, Asia, Africa and the Americas. Alongside the presenters it will also speak to local experts, artists and practitioners, interviewing those who live with and love the art as well as those who make or study it.  The series will use the latest filming technology: this includes macro photography and the most state-of-the art drone and camera movement technology, which will allow viewers to immerse themselves in the extraordinary locations across the world and to see art in new ways - bringing remote objects up close, and celebrating detail, craftsmanship and perfection as never before.  Filming begins next year but the show itself won't grace our screens until 2017. In the meantime, get thee to a gallery or museum!