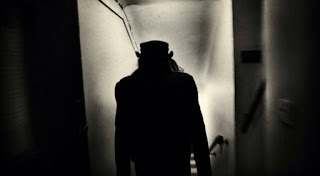 Steve Taylor-Bryant reflects on the death of Ian ‘Lemmy’ Kilmister...


It's hard to mark the passing of someone considered a rock god when they played little or no part of your own musical education. I own no Hawkwind albums. I own no Motörhead albums. I do have a copy of a recent Lemmy documentary which I watch quite often as I wanted to know a little more about the man my friends rave about but that's it.

That's it until you dig up your own musical background and discover those bands you do like who couldn't and wouldn't be around without the likes of Lemmy. The outpouring on social media yesterday was filled with people and their own personal tales of having met Lemmy, or their first Hawkwind show. They shared their favourite Lemmy related YouTube videos and rightly cascaded emotion out and revelled in each other's stories, swapped rock n roll anecdotes with each other and showed a sense of community you don't see often enough in life. Well, I'm thankful to Lemmy as well. I thank him for inspiring the likes of Metallica who in turn inspired me. I thank him for being such a down to earth guy in the documentary which is a rarity in the 'celebrity' era we live in.

However I'm most thankful to Lemmy for the stories he gave my friends, for the love they have in their hearts at this very moment and for the brief moment that the fickleness of the online world stopped and came together as one. I may not have understood the power his music had over people but I am truly in awe of his power to affect lives for the better.